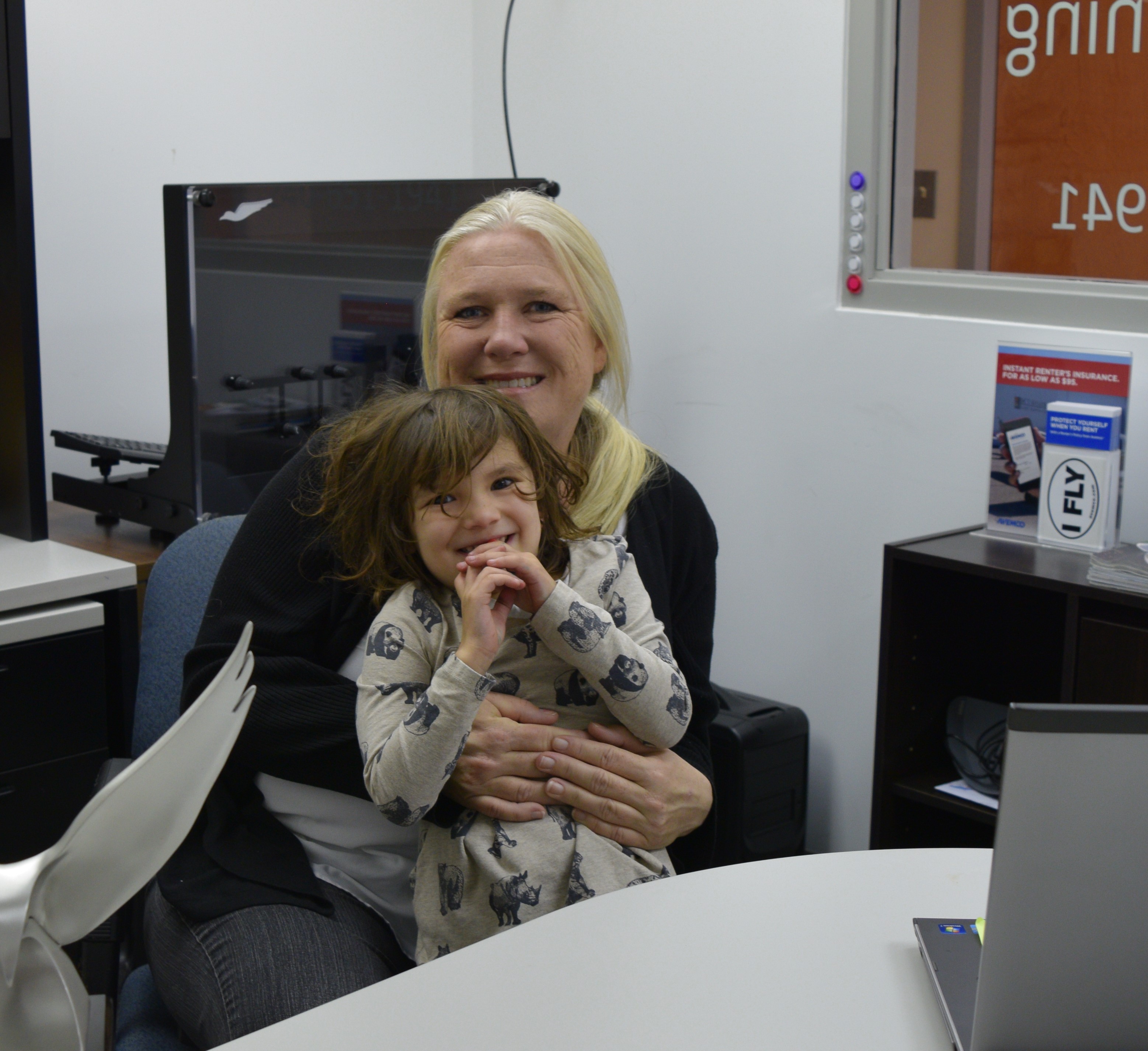 Brenda Tibbs, a gold seal CFII, opened Bravo Flight Training in 2016 with the goal of creating a fun and safe environment for pilots to learn. She began flying in 2001 and became a CFII in 2010. Thanks to her many wonderful students, Brenda was the recipient of the AOPA Flight Instructor of the Year award in 2016 and recognized as a Distinguished Flight Instructor by AOPA in 2017. Brenda earned her Tail wheel endorsement in 2016 flying a Cessna 120 and her Commercial Seaplane rating in 2017. Brenda is the Post leader for the Frederick Aviation Explorers and an active member of the Sugarloaf 99’s. When she is not working at Bravo, Brenda enjoys spending time with her kids and grandchildren, hiking with her dogs Rex and Emi or working in her garden. 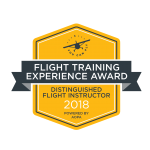 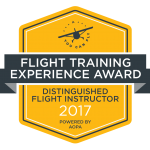 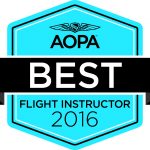 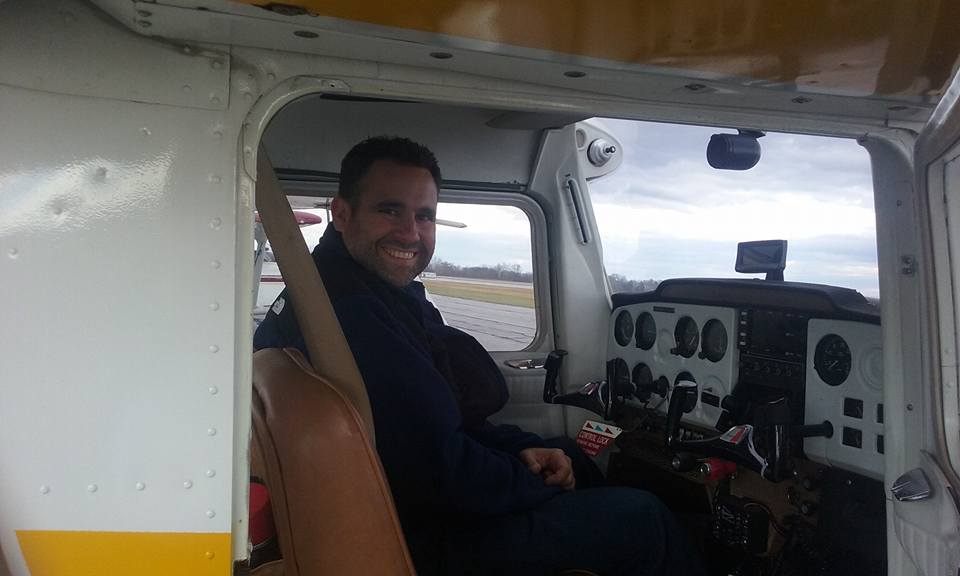 Frank Watson graduated from the US Air Force Academy in 1996 and spent 13 years as an Air Force logistician. He separated from the Air Force in 2009 to get married and settle down in Frederick. He began his flight training in 2014 and earned his CFI in November 2016 and CFI-I in October 2017. He's currently working on multi-engine airplane and commercial helicopter ratings. He enjoys long walks on the beach and sunsets. 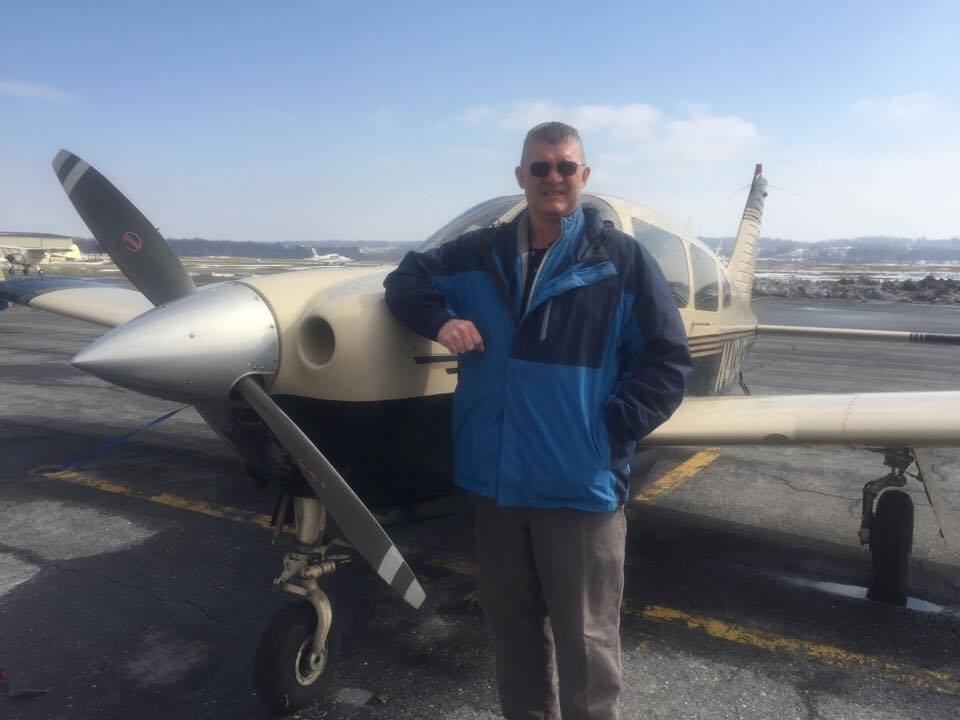 Mike is a lifelong resident of Frederick, who got his license in 2005. He is a CFI and CFII. He started flight instructing full time in 2016 after retiring from a 25-year career in the fire department. He still teaches at the University of MD teaching fire/rescue courses around the state. When he is not flying or teaching, Mike enjoys traveling with his family and working on his 1966 Mustang. 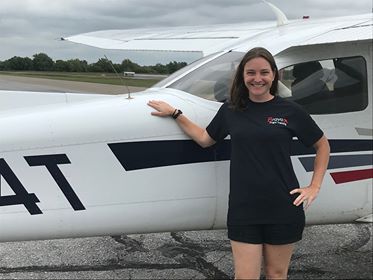 Katie was called to the skies by a "Learn to Fly Here" sign posted on the side of route 50. She earned her private certificate in 2011 at Freeway Airport, then spent several years flying for fun and building cross country time in Pennsylvania and Florida. She started flying with Bravo in 2017 and earned her instrument, commercial, CFI, and CFII ratings. Katie is looking forward to completing her MEI ratings in the near future. When she is not flying Katie works as a veterinarian at a mixed animal practice. In her free time she enjoys hiking, reading, and spending time with her husband, Kevin, and dogs, Izzie and Copper. 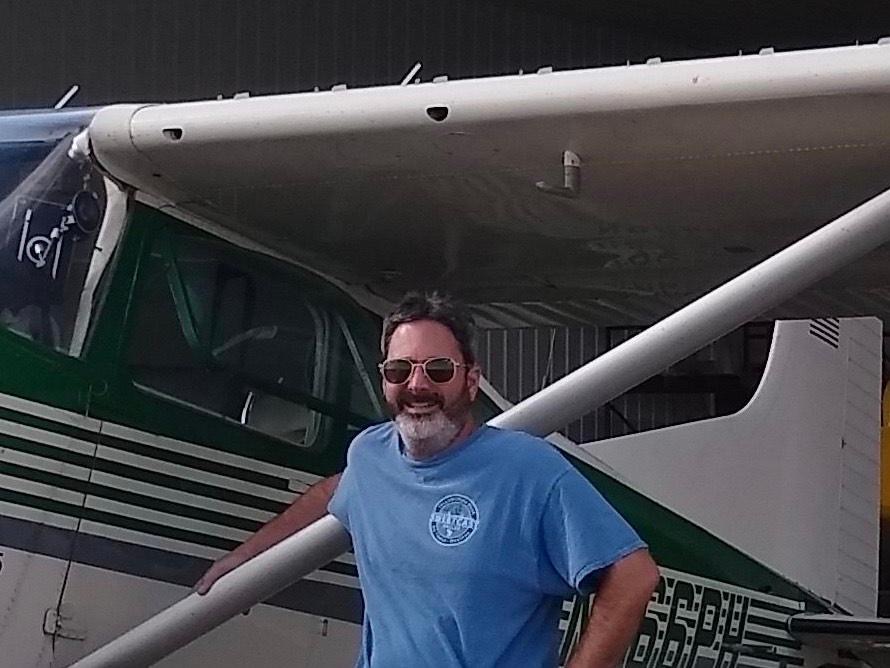 Leon started flying in 1987 and got his private license soon after his 17th birthday, fulfilling a lifelong dream/obsession. Over the past 30+ years he has flown several thousand hours in his own and other planes, recently earning his CFI and joining Bravo. Leon has flown all over the country, including going to Oshkosh every July, and volunteers for animal rescue and disaster relief flights. An aspiring ex-lawyer, he loves to share his passion for flight with students, other pilots, and anyone who'll listen, and learns something new on every flight. Oh, he also enjoys spending time with his wife, kids, and dog. 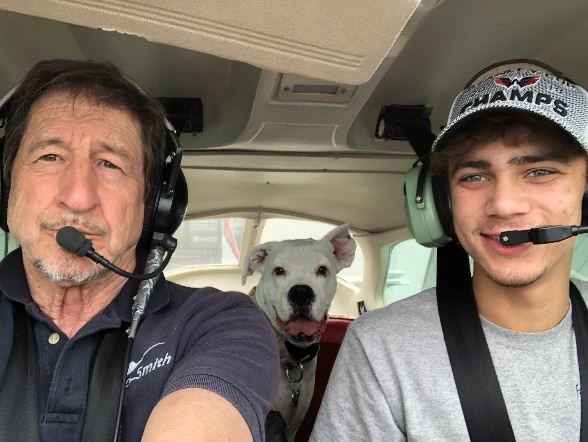 Pete Bastien has been flying for nearly six decades. He made his first solo flight in 1962, and in the intervening years has never turned down an opportunity to go flying. Retired from the Air Force and several business ventures, Pete has firmly resolved to spend his remaining years doing only the things he truly loves: flying, teaching, and taking long walks in the woods with his beloved dog, Byla. Because of his advanced age, his students have bestowed upon him the nickname “Retro Pete”, a sobriquet he wears with pride. Working nearly every day as a flight instructor and charter pilot, Retro says, “My plan is to live and fly forever; and so far, so good!” Pete encourages his students occasionally to invite their pets along for a lesson; he says it is fun for him, relaxing for the student, and avoids separation anxiety for the pet. However, dogs are somewhat problematic on cross-countries, because they absolutely hate flying in straight lines; they would much rather make…um…doglegs! Go figure! 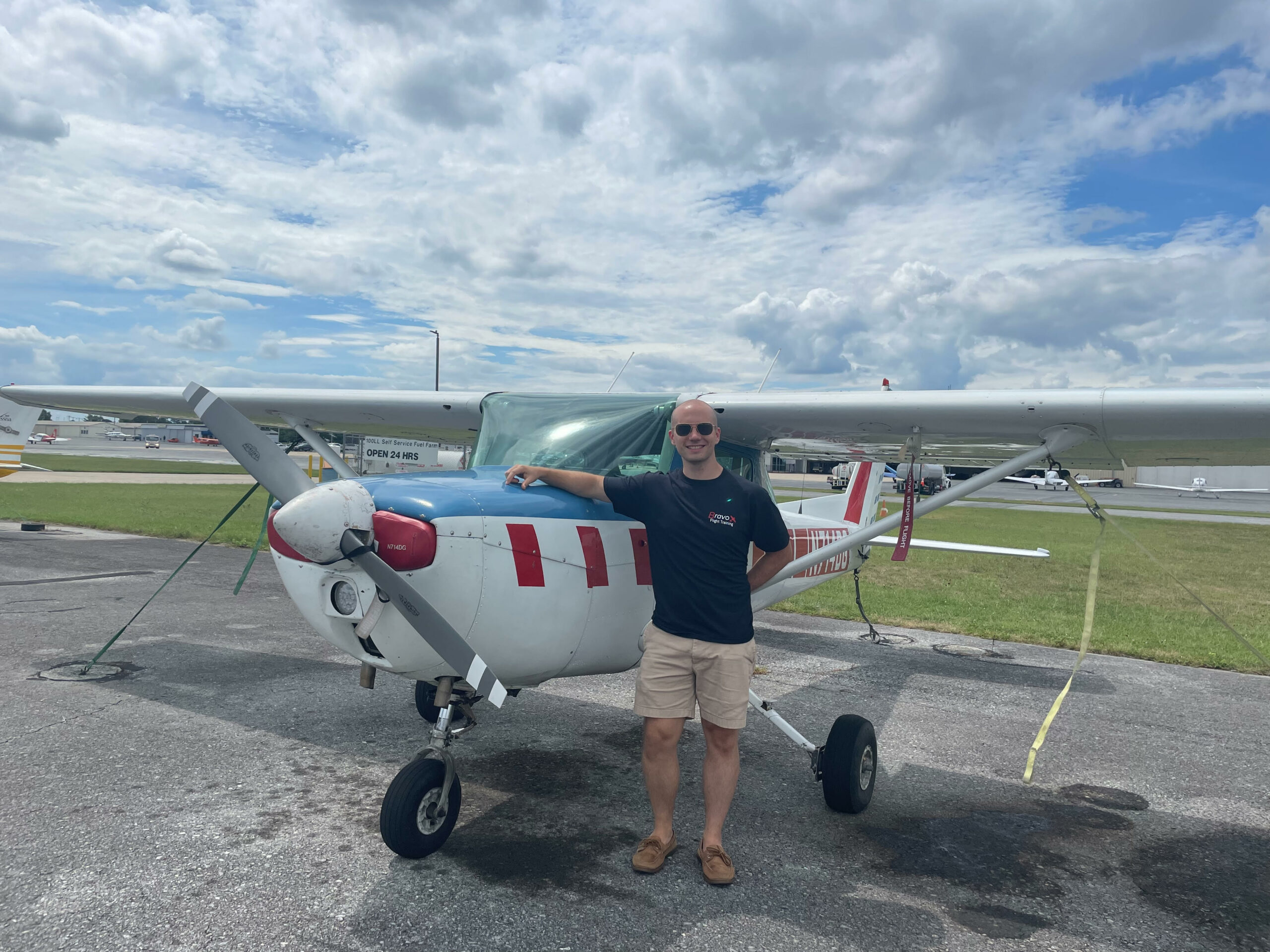 Chris began flying with a discovery flight at Bravo in 2019. Quickly hooked, he decided that flying sounded more fun than working as an insurance adjuster. Earning his Private certificate in 2020, Chris took advantage of the unplanned time off provided by Covid-19 to complete his instrument rating. Flying paused while Chris and his wife Amy welcomed their first child to the world in fall 2020. Adjusting to his new life as a stay-at-home dad, Chris returned to training, earning his Commercial and CFI certificates in 2021. Chris is dedicated to helping you reach your goals, whether they be cultivating a new hobby or pursuing a new career. When he isn’t flying, Chris enjoys relaxing and spending time with his two young children. 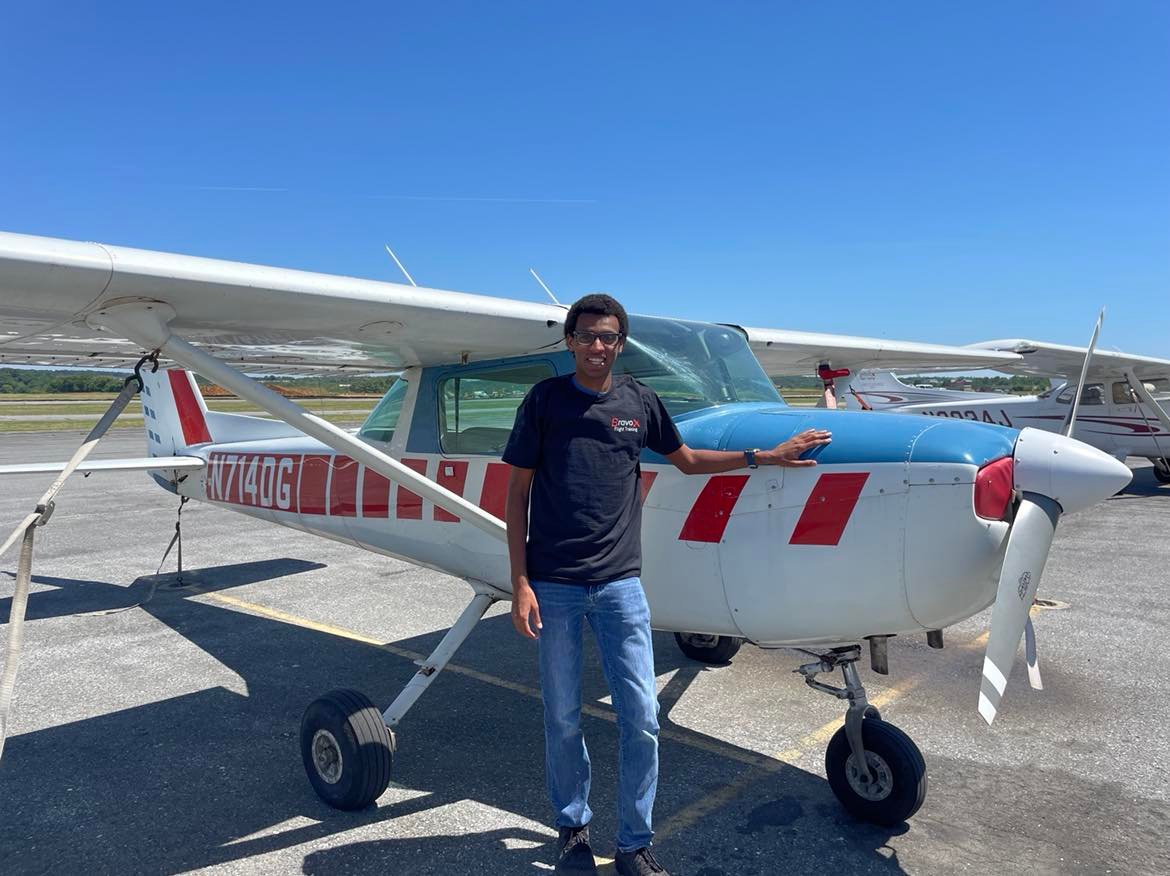 Alex began flying in 2016, where he earned his private certificate in Frederick, MD. He then attended Embry-Riddle Aeronautical University where he graduated with a degree in Aeronautical Science and completed his instrument, commercial, and multi engine add-on license. Alex then returned to Frederick last year to complete his CFI training with Bravo, and is thrilled to share his lifelong passion for aviation with students in Gaithersburg and Frederick. When he’s not in the cockpit, Alex can usually be found enjoying the outdoors, thorough hiking, biking, and swimming. 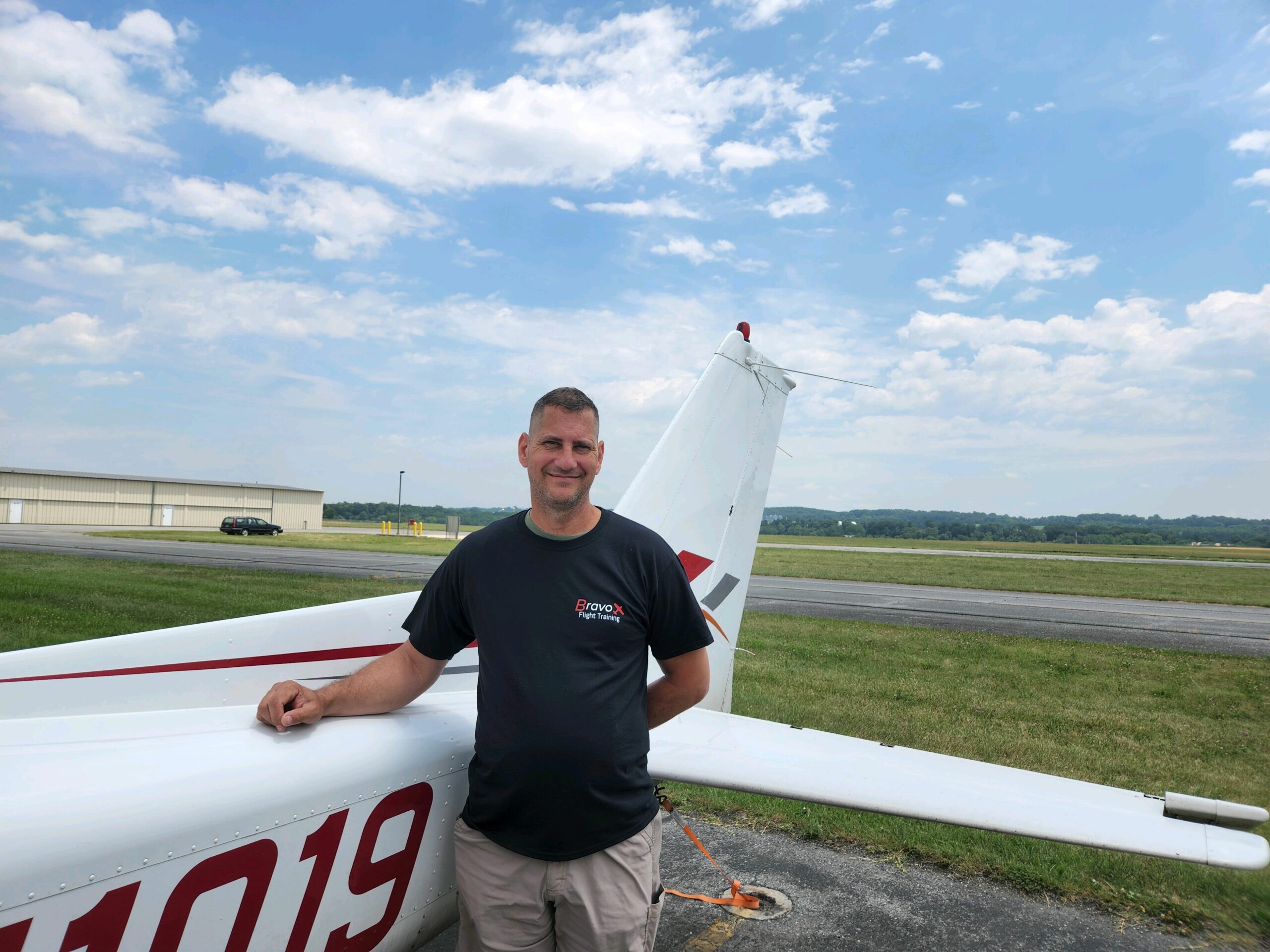 Jonothan’s love for aviation grew as he listened to his grandfather talk about being a crop duster in small town Kansas.  He further ignited that love as a Sea Air Rescue Crewman and Tactical Evacuation Crewman in the US Military.  He qualified as crewman in many different types of helicopters, but the MV-22 Osprey was his favorite.  Jonothan learned to fly in 2016 and loves to take people who have never flown before up for their first time.  After retiring from the military, he earned his instrument, commercial and flight instructor certifications.  “Seeing the spark in someone’s eye who gets to experience a life long dream of flying is why I love teaching”. 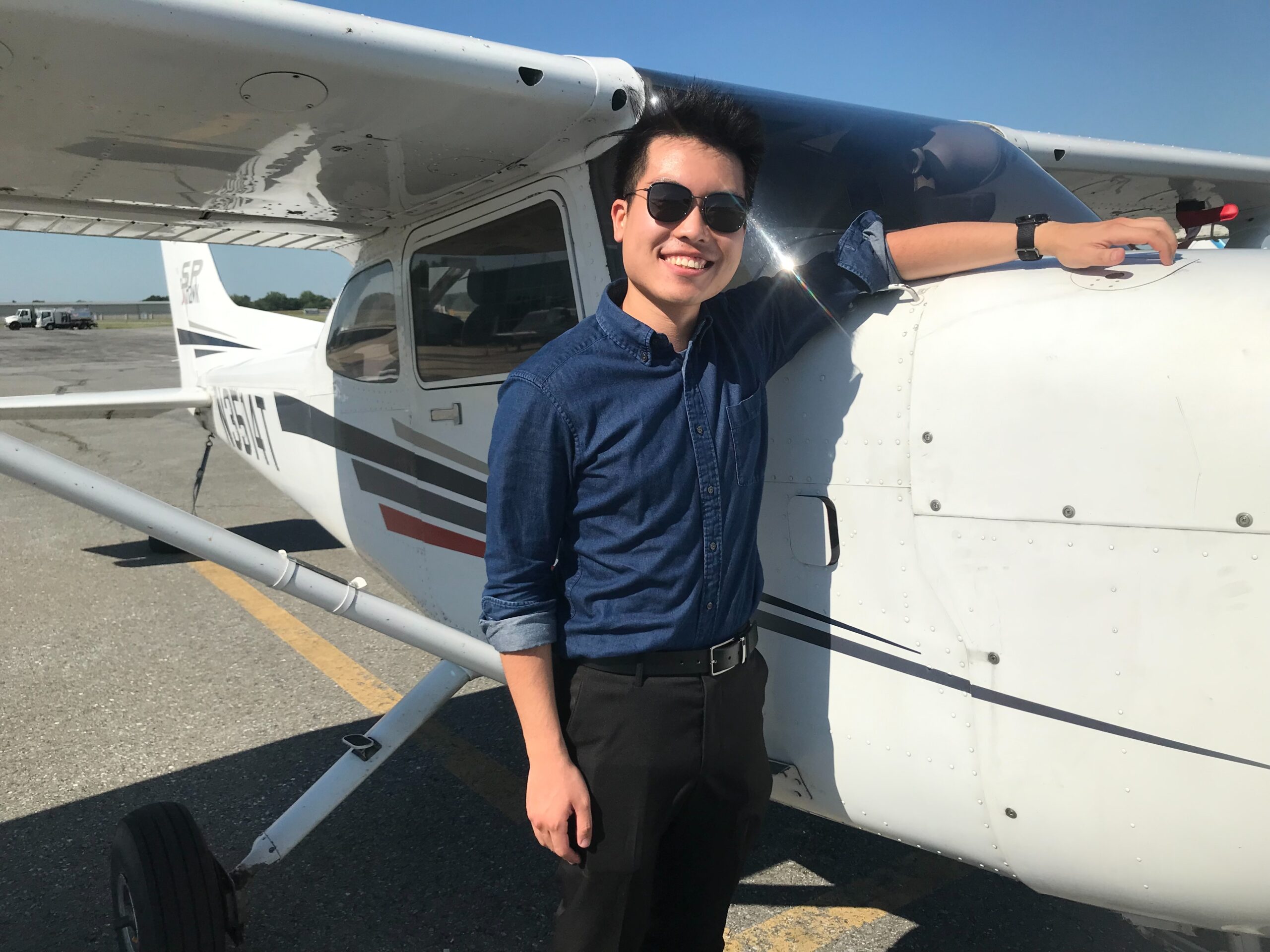 Bryan discovered his passion for flying after a discovery flight with Bravo Flight Training. In 2020 he decided to quit his career in Finance to begin his new journey in aviation. Training under Bravo instructors Jay Chiang and Katie Spillane, Bryan earned his Private Pilot, Instrument, Commercial and CFI certificates by summer of 2022, and is looking forward to completing his CFII and muti-engine rating in the near future. He is excited to share his love for aviation with anyone who is interested in flying, whether they be working towards becoming a professional pilot or simply flying as a hobby. During his free time, Bryan enjoys hiking and playing table tennis.

Alex is from Colorado. He was fascinated by aviation as a young boy, and always dreamt of flying for a career. After years of thinking about it, he decided to start flight lessons in 2015. He completed almost all of his training in Colorado and graduated Magna Cum Laude from Metropolitan State University of Denver's Aviation and Aerospace Science program in 2019. As a result of the high altitude that Alex called his training environment, he became very familiar with aircraft performance and limitations. He also gained major knowledge and experience in aircraft systems and advanced avionics, such as the G1000 flight deck. Even during the pandemic, Alex found any excuse he could to get up in the air. His ultimate goal is to work for the major airlines as a wide-bodied captain. Until then, Alex will be instructing in Martinsburg as a CFI and CFII. 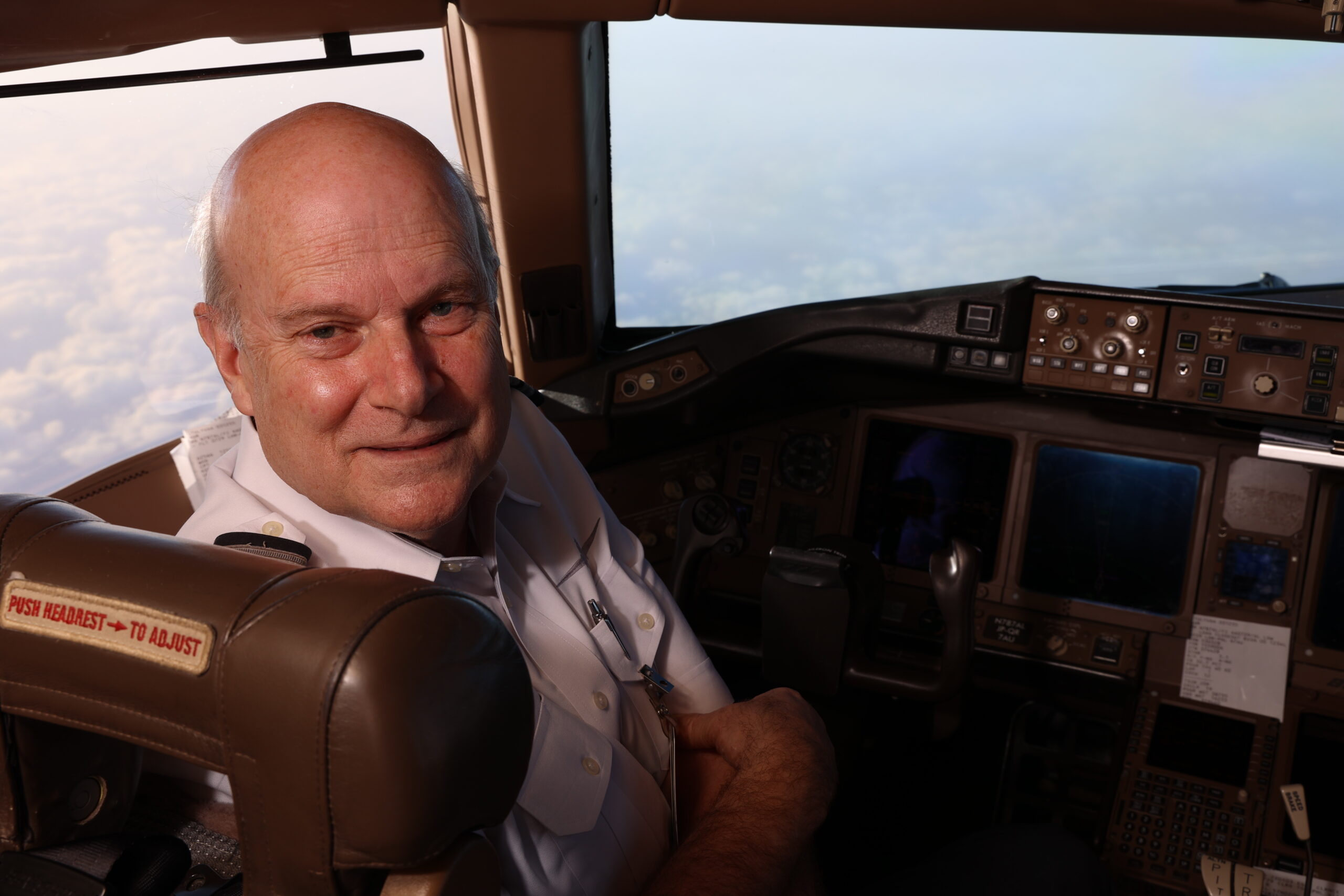 Many years ago my parents started my flight training in hope of straightening me out. It was nothing like I expected and I was bad at it. But I loved flying. Soon all my friends were at the airport an I still call Boeing Field my alma matter. Now that I have finished a fantastic career in the airlines it's time to give back to aviation. 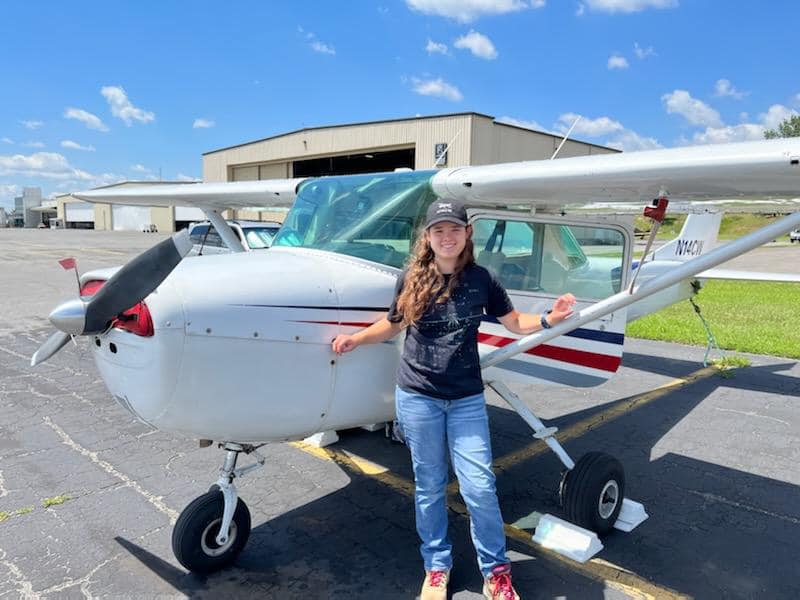 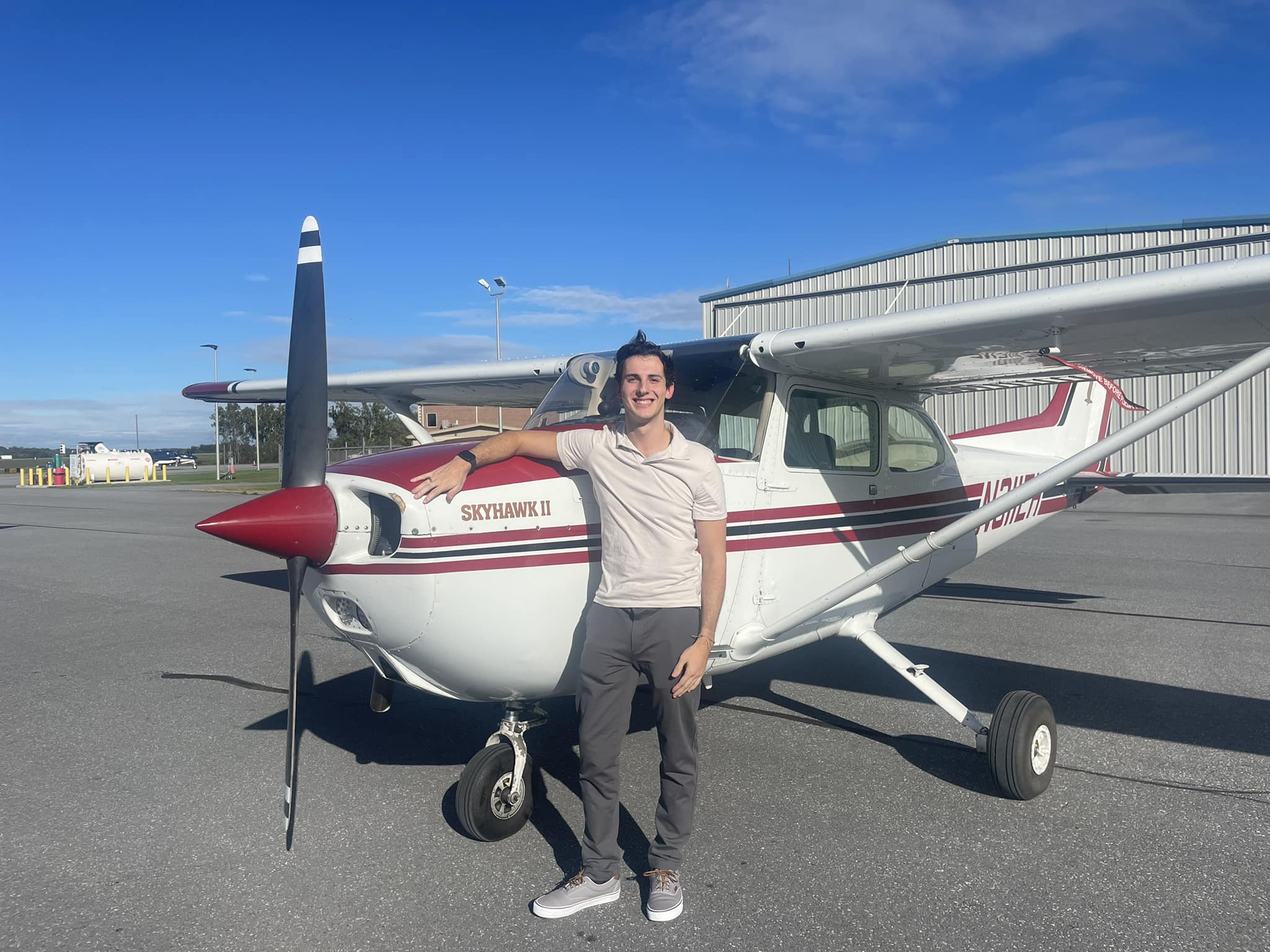 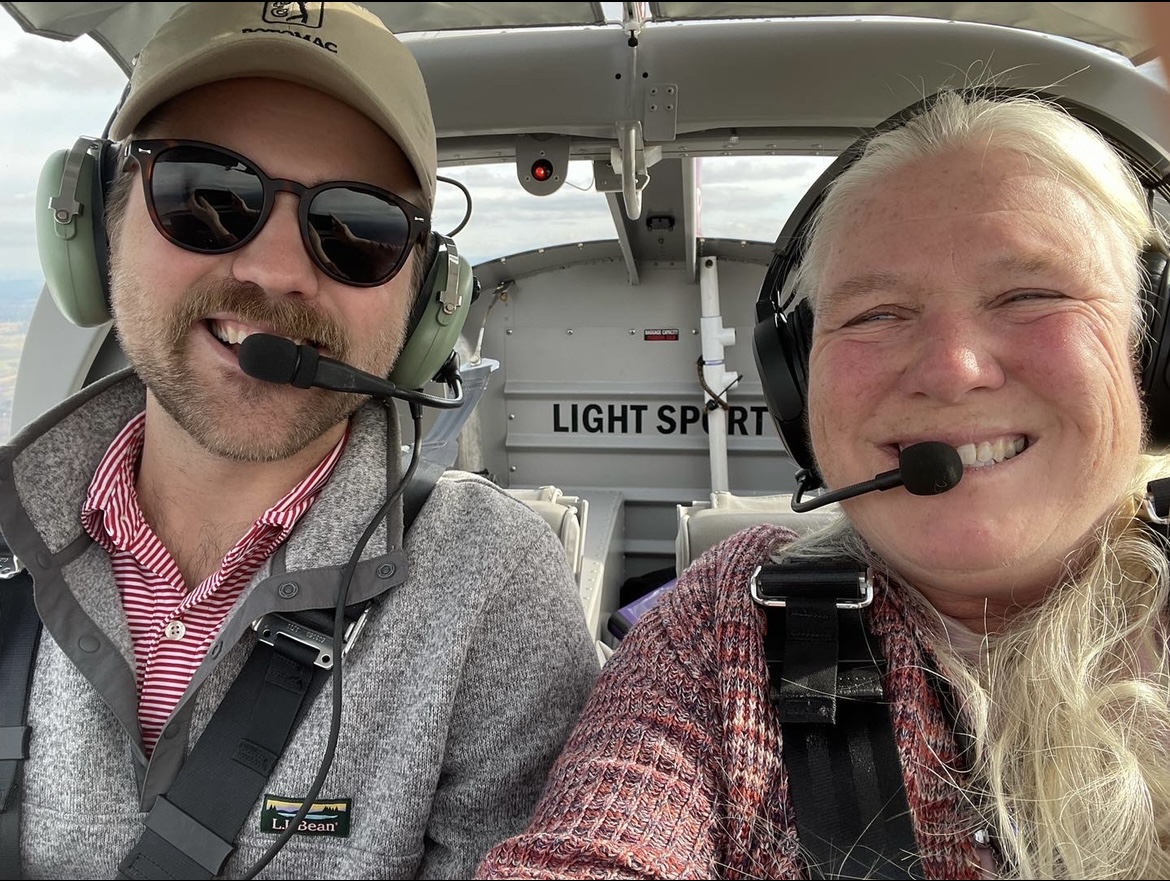